Calling on Reliance Jio is no longer free on the rest of the telecom networks and a major announcement has been made from the affiliate company. 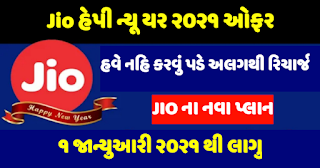 Jio users will now have to pay Rs 6 per minute to make calls to the rest of the network. Until now, users had to recharge for data from Geo. In which SMS and unlimited voice calling users were available for free.    Now you have to recharge the IUC top-up separately by calling the rest of the network from Jio. Why Unlimited Calling Is Not In Jio And How It Affects You Here are some things you need to understand. Get all the important news right now on the Telegram, click to subscribe to our channel. What is IUC? In fact, companies have to pay the fees set by TRI for calling from one telecom network to another. The outgoing call from other network through which the other network has to pay this IUC fee.  For example, if an Airtel customer calls a Geo customer, Airtel will pay Geo the IUC charge for this. If you call Airtel's number from Geo user, Geo will give IUC charge to Airtel.  Source:NewsNationTv  This situation occurs exactly when the number of calls to each operator is approximately equal and they have to pay the same amount to each other. Understand the statistics, if the number of calls coming from Airtel, Jio and Vodafone Idea are the same, then they will give each other the same IUC charge and there will be balance. Because no company will be harmed. If such an IUC charge has to be paid to other operators, the loss will be nothing.  With this change in the market, Reliance Jio's entry into the telecom market has seen users shift rapidly towards Jio. Looking at the current situation, Vodafone-Idea's market share is 32.53%, Jio's market share is 29.08% and Airtel's share is 28.12%. With Jio's market share increasing, the number of outgoing calls from the network has also increased. At the same time, Jio has not been taking any separate charge from customers so far. Jio has given IUC charge of Rs 13,000 crore to Airtel and Vodafone-Idea so far.  And the customers have not taken any calling charges instead. What is the calling charge? So TRI has decided to eliminate it completely from January 1, 2020. Because of this, Jio decided to keep the IUC in charge of the remaining companies by 2020. Unlimited calling for customers was free. Recently, TRAI sought a IUC-linked consultation paper for review.  This deadline can be extended to terminate the IUC. Due to such pressure, Jio has to pay these costs to the customers. Jio says this is a temporary move. Calling will be freed again as soon as IUC charges expire. What will happen to you? No changes have been made to Jio's existing plans. If you want to make calls from Jio's SIM to other networks then you need to recharge with IUC top-up voucher separately.  Read All Details       The price of this top-up will start at Rs. The company does not want this amount of money so the company can get 1 GB of data extras at IUC topup of Rupees.